NOTE:  We're moving the Cambridge Haunts tour to Boston Haunts for the month of October. If you purchased a LivingSocial or Groupon, it's still valid for for the 7:30 p.m. tours in Boston. 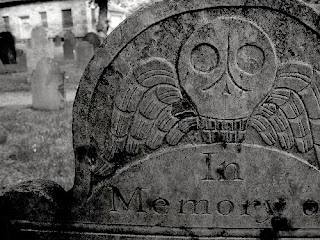 Which Ivy League hall is the Yard's most haunted? Who is Holbrook Smith? Which Harvard Square church boasts a ghost of a fallen redcoat? What's the Kirkland Street Nightmare? The 90-minute long Harvard Square walking tour leaves precisely at 7:30 p.m. Friday and Saturday --rain or shine--beginning Saturday, May 30 through Sept. 26.