Ghosts of Salem: Haunts of the Witch City (August 2014)

Order "Ghosts of Salem: Haunts of the Witch City" here. 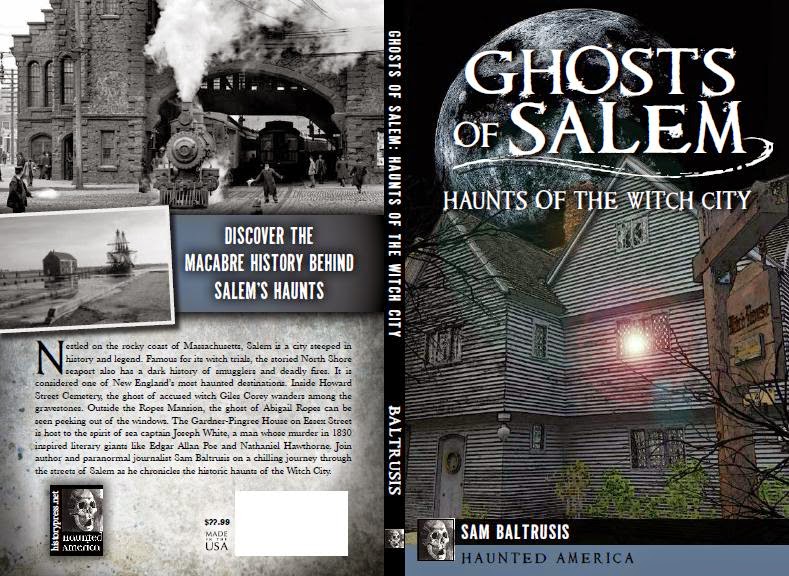 Nestled on the rocky coast of Massachusetts, Salem is a city steeped with history and legend. Famously known for its witch trials, the historic North Shore seaport also has a dark history of smugglers and deadly fires. It is considered to be one of New England's most haunted destinations. Inside Howard Street Cemetery, the ghost of accused witch Giles Corey wanders among the gravestones. Outside the Ropes Mansion the ghost of Abigail Ropes can be seen peeking out of the windows. The Gardner-Pingree House on Essex Street is host to the spirit of sea captain Joseph White, a man whose murder in 1830 inspired literary giants like Edgar Allan Poe and Nathaniel Hawthorne. Join author and paranormal journalist Sam Baltrusis on a chilling journey through the streets of Salem as he chronicles the historic haunts of the Witch City.

"Ghosts of Cambridge: Haunts of Harvard Square and Beyond" is hitting bookstores in August. Order here. Check back for the lowdown and a list of upcoming Halloween-themed events. 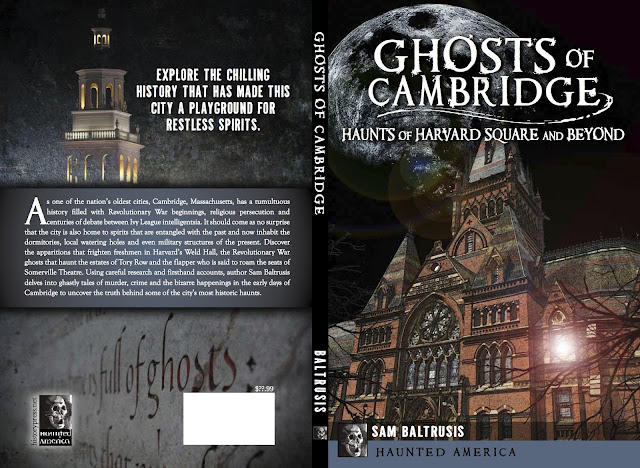 Explore the chilling history that has made this city a playground for restless spirits.

Cover copy:
As one of the nation's oldest cities, Cambridge, Massachusetts, has a tumultuous history filled with Revolutionary War beginnings, religious persecutions and centuries of debate between Ivy League intelligentsia. It should come as no surprise that the city is also home to spirits that are entangled with the past and now inhabit the dormitories, local watering holes and even military structures of the present. Discover the apparitions that frighten freshmen in Harvard's Weld Hall, the Revolutionary War ghosts that haunt the estates of Tory Row and the flapper who is said to roam the seats of Somerville Theatre. Using careful research and firsthand accounts, author Sam Baltrusis delves into ghastly tales of murder, crime and the bizarre happenings in the early days of Cambridge to uncover the truth behind some of the city's most historic haunts.

Author's bio:
Journalist Sam Baltrusis, author of Ghosts of Boston: Haunts of the Hub, freelances for various publications including Boston Spirit magazine and is the managing editor of Scout Magazines in Somerville and Cambridge. He has been featured as Boston's paranormal expert on the Biography Channel's Haunted Encounters and Paranormal State’s Ryan Buell's Paranormal Insider Radio. As a side gig, he moonlights as a tour guide and produces Harvard Square's Cambridge Haunts ghost tour, highlighting the city's historical haunts. He's also a sought-after lecturer who speaks at dozens of paranormal-related events scattered throughout New England. In the past, he's worked for VH1, MTV.com, Newsweek, WHDH.com, ABC Radio and as a regional stringer for The New York Times.

Want a copy of "Ghosts of Boston: Haunts of the Hub" delivered by your tour guide? Spooktacular. Request a copy for $12 at info@cambridgehaunts.com and your Harvard Square Ghost Tour guide will hand them out at the end of the tour. Or, stop by Newbury Comics in Harvard Square for your post-tour ghost story fix. 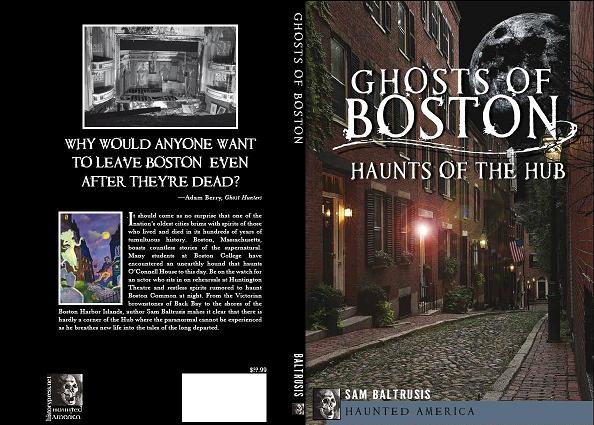 “Why would anyone want to leave Boston … even after they're dead?”'

It should come as no surprise that one of the nation’s oldest cities brims with spirits of those who lived and died in its hundreds of years of tumultuous history. Boston, Massachusetts boasts countless stories of the supernatural. Many students at Boston College have encountered an unearthly hound that haunts O’Connell House to this day. Be on the watch for an actor who sits in on rehearsals at Huntington Theatre and restless spirits rumored to haunt Boston Common at night. From the Victorian brownstones of the Back Bay to the shores of the Boston Harbor Islands, author Sam Baltrusis makes it clear that there is hardly a corner of the Hub where the paranormal cannot be experienced as he breathes new life into the tales of the long departed.

Beacon Hill's Acorn Street, known as one of the most-photographed spots in America thanks to its picturesque brownstones and narrow cobblestone lane dating back to the 1820s, is also rumored to be Boston's most haunted. There have been numerous sightings of ghostly, full-bodied apparitions wearing turn-of-the-century and Civil War-era garb passing by the street's ornate, gas-lit lamps.

Click here for more information regarding the "Ghosts of Boston: Haunts of the Hub" book. Pre-order the book here at Amazon.com or here at Barnes & Noble.