Based on my recently taped stint as Boston's paranormal expert on the Biography Channel's "Haunted Encounters: Face to Face," spirits are serious business. The on-camera interview, which was shot in front of the Central Burying Ground and facing what I called Boston's “haunted corridor” near the corner of Boylston and Tremont Streets, explored the residual energy, or psychic imprint, left over from the 1897 gas-line explosion.

Yes, the "Haunted Encounters" crew managed to explore the abandoned subway tunnels connected to the country's oldest trolley station, Boylston Street. Fast forward to 1:16 on the video above to get a sneak peek of my appearance on the new paranormal show. Click here to read the Common Haunts chapter in "Ghosts of Boston: Haunts of the Hub," which gives the historical back story to the alleged hauntings.

"Haunted Encounters: Face to Face" premieres on Friday, Nov. 30 with an investigation of one my favorite regional haunts, the Lizzie Borden house in Fall River.

Click here for the lowdown and here to order my book before the holiday rush.
Posted by Sam Baltrusis at 9:24 PM No comments:

Listen up, guys and ghouls. Forget Salem this Halloween and head to Harvard Square to get your fix of ghoulish ghost stories and ghastly tales of murder. Yep, our "haunted happenings" is only a T ride away.

Thanks to the overwhelming success of our Cambridge Haunts: Haunted Harvard Square Ghost Tour at 7:30 p.m. nightly, we've added additional tours starting at 7 p.m. on popular nights in October and ending Saturday, Nov. 3. 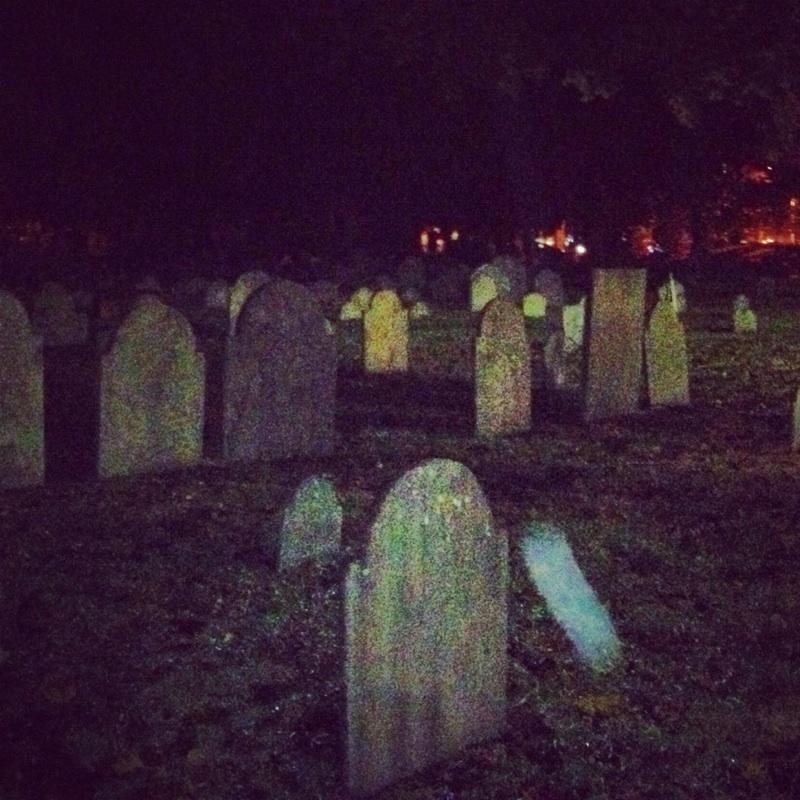 Explore the secrets of old Cambridge with a lantern-led walk through Harvard Square's historic haunts. Travel back through history to witness the early days of Harvard Yard, learn about the city's ghastly tales of murder and uncover the truth behind some of Harvard Square's more infamous ghosts. Which Ivy League hall is the Yard's most haunted? Who is Holbrook Smith? Which Harvard Square church boasts a ghost of a fallen redcoat? What is the Nightmare on Kirkland Street?

When it comes to spirits, fact is stranger than fiction.


Cambridge Haunts is based on actual historical tales of paranormal activity. With our haunted Harvard tour, we don't boast over-the-top costumes or embellish our ghost stories for entertainment value. We don't need the grandiose theatrics ... our stories are creepy enough. The reported, first-hand accounts are based on actual research ... and not made up tales from the crypt. 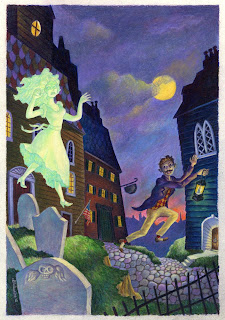 The reviews are in and our spirit squad is smitten with Cambridge Haunts.

Which Ivy League hall is the Yard's most haunted? Who is Holbrook Smith? Which Harvard Square church boasts a ghost of a fallen redcoat? What's the Kirkland Street Nightmare?

As far as haunted sites, the information was pulled directly from the "Ghosts of Boston: Haunts of the Hub" book which was released on Tuesday, Sept. 11. In addition to the ghostlore, the haunted Harvard tour boasts spooky tales from the crypt pulled from the darker side of Cambridge's history.

Click here to pre-order tickets for one of the creepier, and historically accurate, tours around this Halloween season. Yes, fact is stranger than fiction.

John G. says:
It was a great tour - the best my wife and I have seen in Greater Boston. Rob did a fantastic job. Look forward to seeing you guys grow.

Corey R. says:
Just took a haunted tour with Hank. I really enjoyed the experience and Hank was a phenomenal tour guide (ask for him if you can!) Just the right blend of humor and terror made for an enjoyably spooky evening! After living in the area for three years I never realized how much history there was that I didn't know.

Cambridge Day article here:
The Cambridge Haunts: Harvard Square Ghost Tour isn’t all scares. There’s plenty of history in it without death and gore. Guides on the 90-minute Halloween-time tour will note such spots as the Old Burial Ground, which put paupers, former slaves and Harvard presidents side by side as early as the 1600s, and Christ Church, which dates back to 1758 and has played host to such figures as Teddy Roosevelt and Martin Luther King Jr. They’ll bust myths as well, explaining why you should never touch John Harvard’s toe for good luck in Harvard Yard or be sure exactly where George Washington declared that The Colonies were at war with England. But scares and gore there are.

Posted by Sam Baltrusis at 8:07 PM No comments:

Cambridge Haunts tour guides get into the spirit at OSMH

Want to get into the spirit? The Cambridge Haunts crew, on hiatus until Friday, September 21 to prepare for the super-busy Halloween season, enjoyed a spooky evening at the "Ghosts of Boston: Haunts of the Hub" book launch event at the Old South Meeting House.

Adam Berry, who was on assignment with Syfy's Ghost Hunters in Upstate New York and a paranormal resource for the Cambridge Haunts script, drove in and joined the festivities at what is considered the epicenter of the country's Freedom of Speech movement. Ben Franklin was baptized in this building. It's also the birthplace of the American Revolution.

Scott Trainito and Mike Baker, the lead investigators of Para-Boston, kicked off the panel discussion and gave a scientific spin on alleged paranormal activity in the historic building and chatted about their approach to investigating. Their findings? The Para-Boston team did record an EVP (electromagnetic voice phenomenon) of a male voice saying, "Who's there?" There were also first-hand accounts of chains rattling in the lower area of the OSMH and a bizarre recording anomaly coming from the building's steeple.

Any evidence of the so-called Revolutionary War-era horse spirit lingering in the building? Naaaay .. or is it "neigghhhh." Of course, the EVP could have been an undead Mr. Ed. However, several visitors to the building have reported smelling hay and one woman who recently tied the knot in the Old South Meeting House said she had a close encounter with the horse spirit.

Jeffrey Doucette, a tour guide with Haunted Boston, discussed his experiences with the supernatural in the Boston Common and Adam Berry, who was escorted to the stage by Cambridge Haunts tour guide and performer Ashley Michelle, chatted about a close encounter with a school spirit at his Boston Conservatory dorm.

Over the weekend, "Ghosts of Boston: Haunts of the Hub" ranked #42 on Amazon's Folklore & Mythology best seller list. Click here to check out the buzzworthy book. Also, there are several slots open this weekend with the Cambridge Haunts: Harvard Square Ghost Tour. Book now ... if you dare.

Posted by Sam Baltrusis at 5:18 AM No comments: 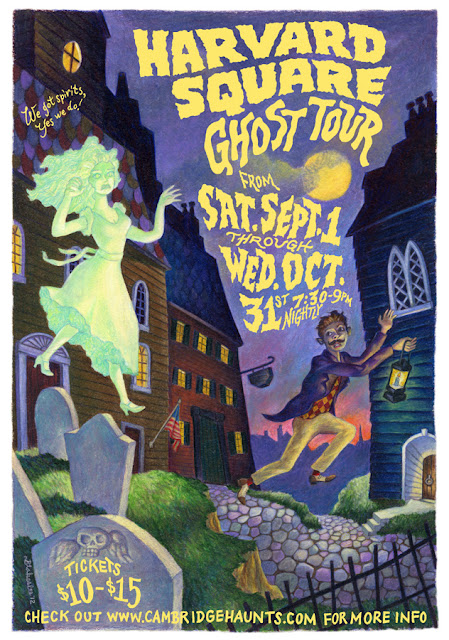 Upcoming 'Ghosts of Boston: Haunts of the Hub' book signings

There are a slew of book signings and events scheduled for September/October 2012. Here are a few highlights:

To book the author, email him directly at sjbaltrusis@yahoo.com or contact publicist Katie Parry at the History Press. Check back for updates.
Posted by Sam Baltrusis at 3:49 PM No comments: